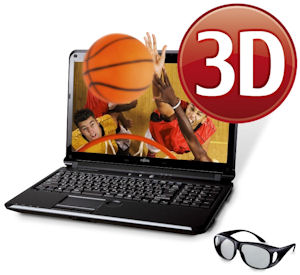 2D and 3D Viewing on a Fujitsu Notebook

Fujitsu announced the new Lifebook at CES. It sports a dual-function 15.6-inch widescreen for 2D and 3D viewing!

The Lifebook also wirelessly connects to a TV with Intel Wireless Display. Hm… I guess next time around I buy a TV I won’t understand a word the salesman says. The fact that you need consulting when buying a TV these days is scary enough…

One of many conceivable applications of the Lifebook may be hologram visualization. A printed code is held in front of a webcam and the computer will render 3D objects.

The animation the augmented reality generator creates still seems a bit wobbly. But I’m sure the gaming industry will come up with some fancy applications… 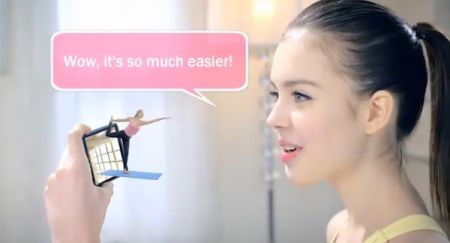