Moonga is EverdreamSoft’s free iPhone trading card game. One of its key features is great artwork.

Right after the global availability of the English game, 5% of the revenue came from Japan. With English not being a commonly known language in Japan, Shaban set off to discover why Japanese users were so keen users of his game. 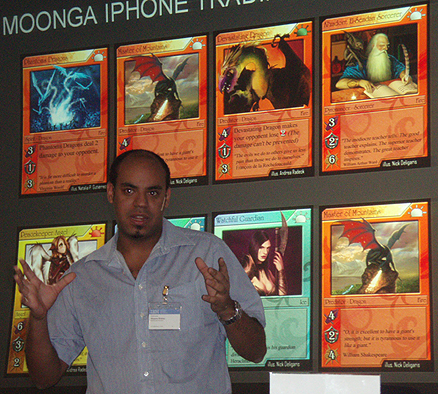 Shaban Shaame found that user groups were organizing in order to offer translations and tutorials in Japanese. That obviously offered a business opportunity for the young startup company.

With only very limited funds, EverdreamSoft partnered with local artists schools in order to provide the important graphics.
The language barrier was a major issue even for seemingly simple website tasks: In Japanese website forms it’s usual to ask for two different writing versions of your name (out of the three available Japanese writings). And of course they are mandatory fields…

Google Translate offered great support for the starting collaboration and it still is even until today.

Eventually the Japanese version launched without any marketing budget but a little booth in gaming software exhibition.
The revenue share from Japan jumped to 67% right after the launch. The app is top 20 in the Japanese iPhone app charts.

Moonga Android and Facebook adaptations are in the making. That may give the game yet another boost.

Issues to cover:
– Very unique culture and market (not close to Chinese)
– Language is an issue, English is not commonly spoken
– Requires understanding of the trends (online payment, social networks like Mixi, not Facebook)
– Mobile gaming on Apple’s iOS devices is becoming very important, albeit iPhone’s still small market share of around 3% in 2010.

The presentation was hosted by IBM Innovation Center for Mobile Monday. 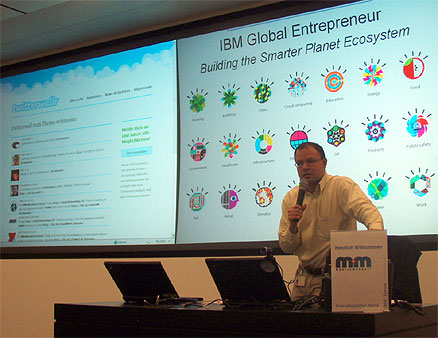 And here’s my own experience with Japanese language issues…