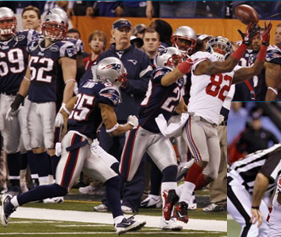 Raidious‘ and Awareness‘ software powered the first ever social media command center at the 2012 Super Bowl. 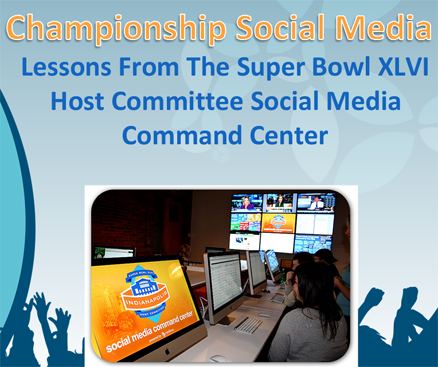 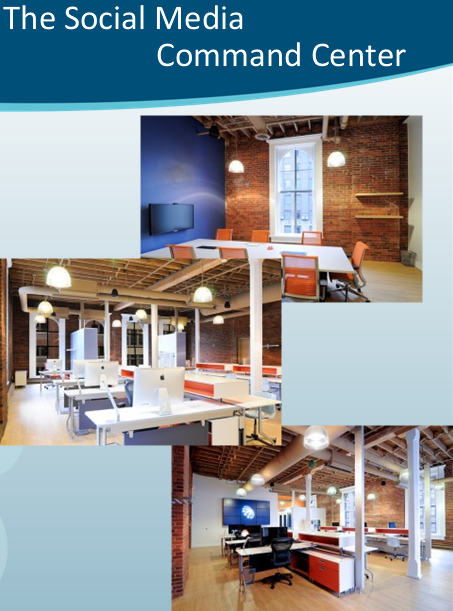 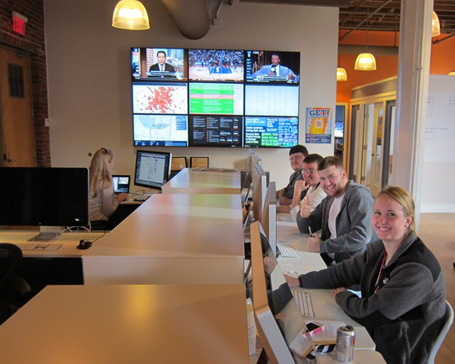 A consistent look and feel allows for credible messaging in the different channels. In Twitter you may send many messages a day whereas in Facebook you may only want to send one or two messages a day. That’s what your audience may realistically read. 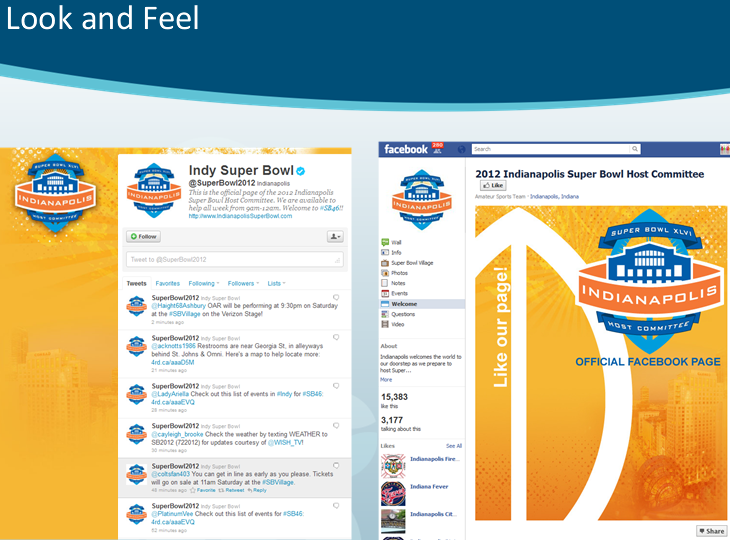 Adress topics that rely directly to your goal. At the 46th super bowl they didn’t tweet about single players but rather about hospitality topics.

@cayleigh_brooke Check the weather by texting WEATHER to SB2012 (722012) for updates courtesy of @WISH_TV! 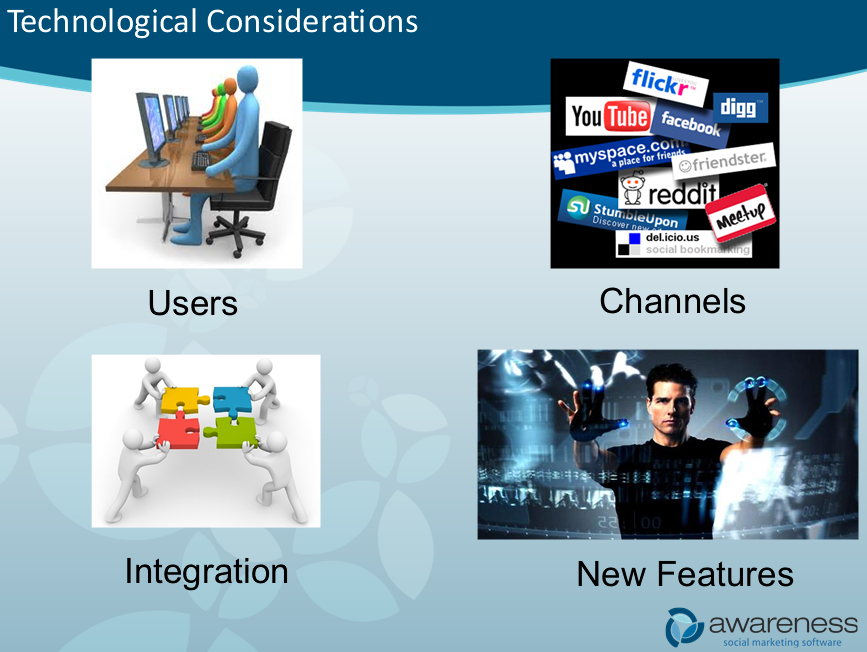 How do you spread the tasks among your content staff? Is one person in charge of initial posts and others take over communication about it?
Which channels are you going to cover? Usually you can’t do them all…
Which non-social tools need to be integrated?
Which will be new features in the close future? Which vendor will provide what?

The social universe can be overwhelming but resources are not infinite. Therefore you need to maintain a focus on certain tasks and keywords. 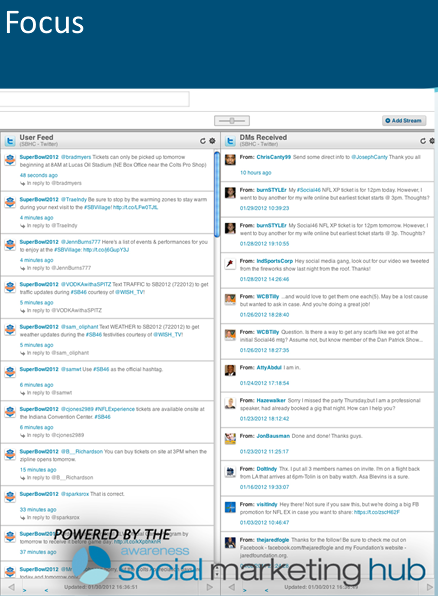 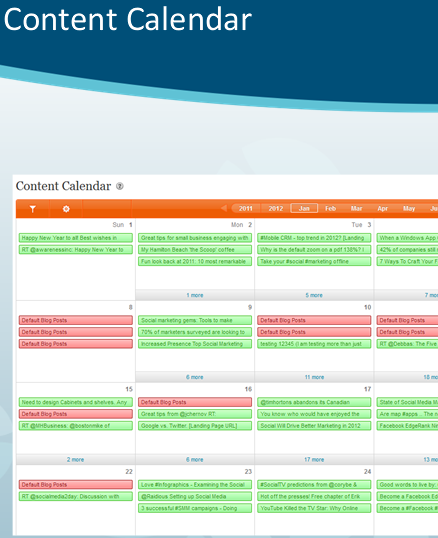 The social media calendar also organizes respond times at which you reply to posts and comments. It can be combined with the general communication schedule, i.e. newsletters, press releases, etc. 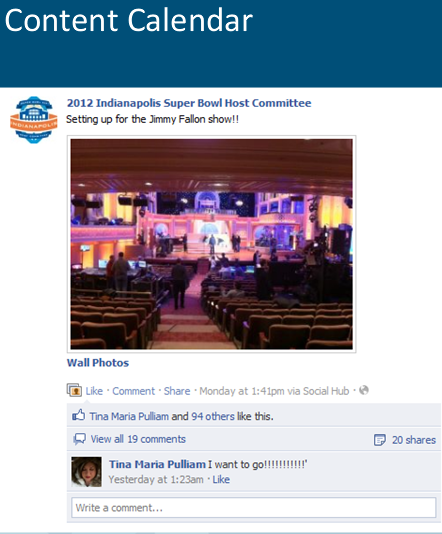 Once event dates are known you may publish information ahead of time based on stock photography.

Social media shouldn’t be robotic, give it a face and personal touch! 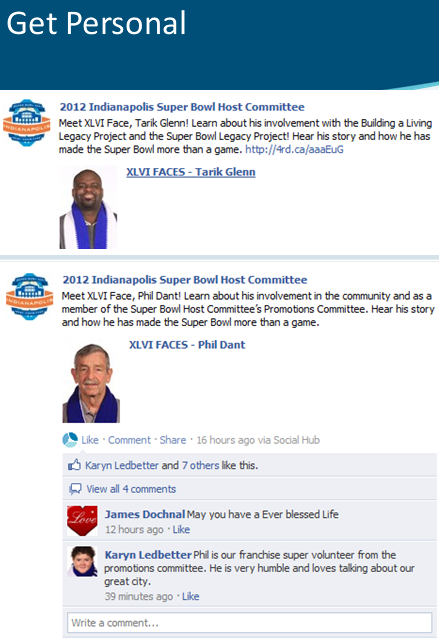 There’s no one right way to do social media. It takes creativity as much as knowledge of technical issues such as SEO or the Edge Rank algorithm that controls the Facebook news stream. 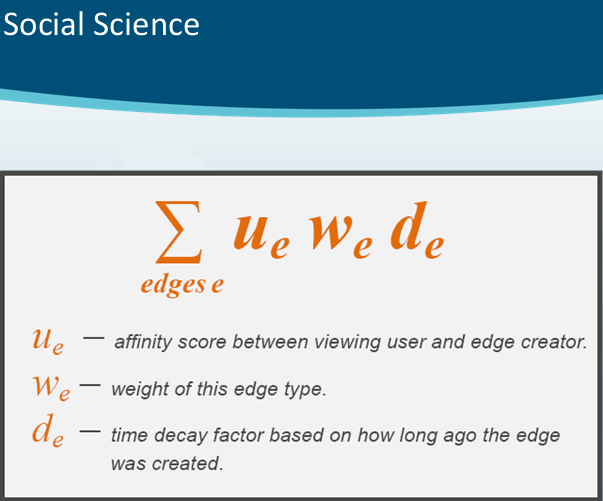 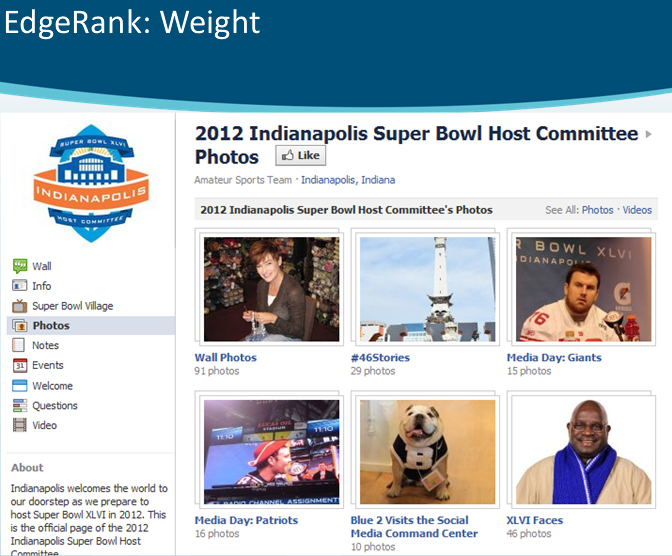 According to the sort of content you promote you should consider Slideshare as important traffic source! 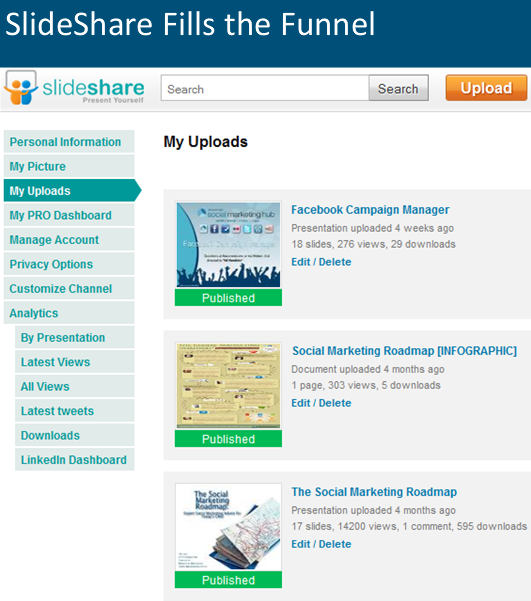 Most social media sites offer statistics via API in order to collect them all in one centralized place. 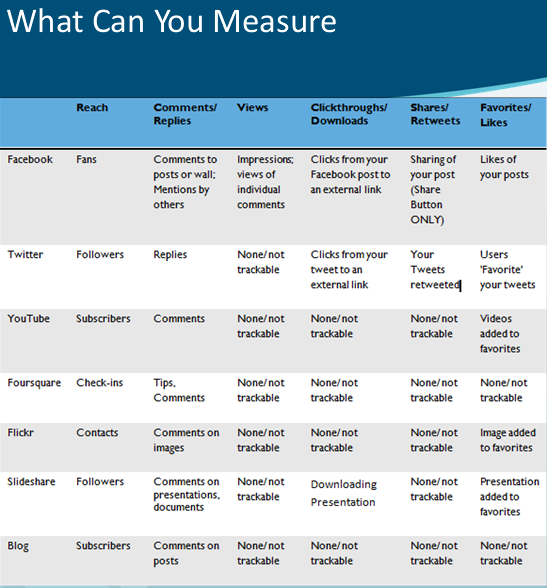 Clicks, e.g, are counted only when a user is taken from one service to another, not when he only follows say a Flickr link but stays on Flickr. 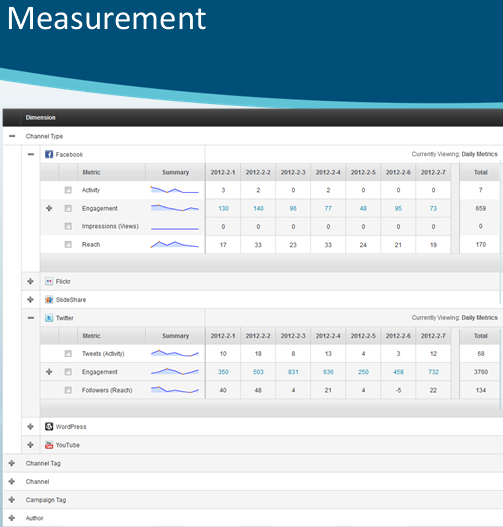 For comparison: A 30 seconds TV spot during super bowl was $3.5 mio. 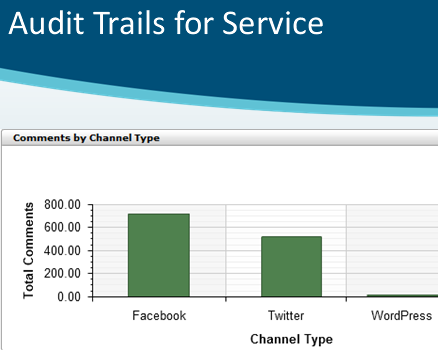 You may also want to use Klout.com as a benchmarch before and after you perform social media actions.