Matthias shares insights into the use of social media and mobile phones at major global events like the annual Davos conference World Economic Forum WEF. Read his view on how social-media is enabling people to interact with world-leaders in totally new ways. 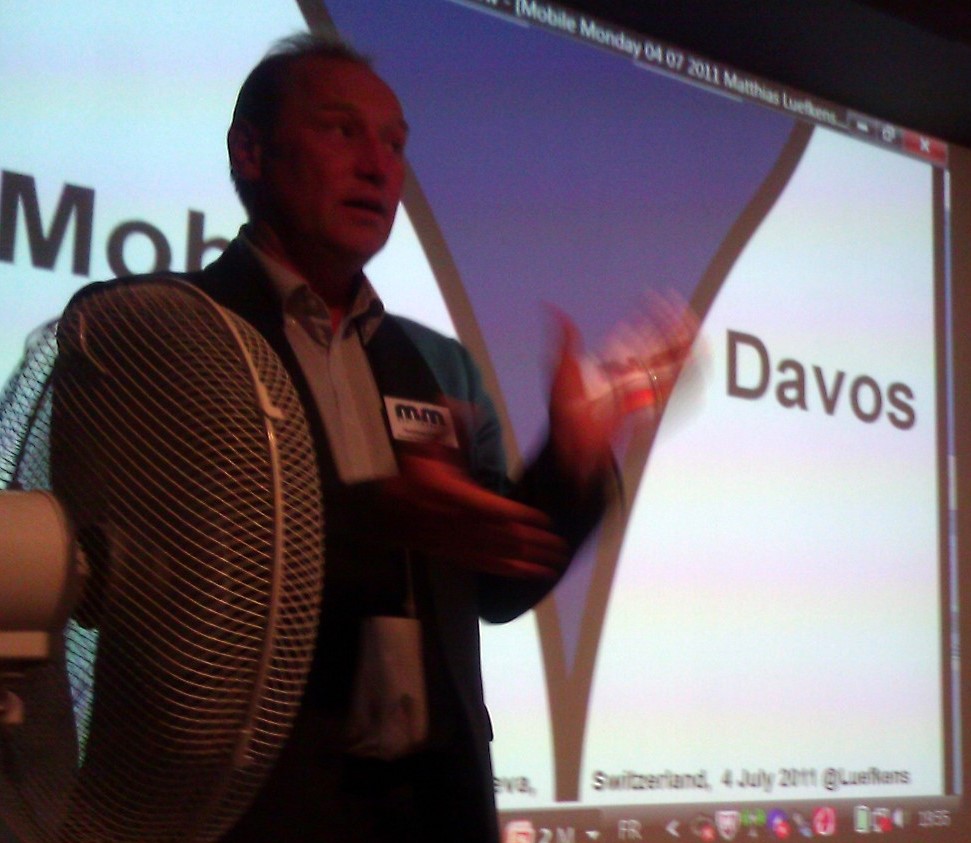 Presentation at the Mobile Monday Geneva.

Responsible for digital media at the World Economic Forum WEF Davos, founder of the In Your Pocket city guides, print and online city guides to 70 European cities; formerly deputy editor in chief with EuroNews television and freelance correspondent for AFP, The Daily Telegraph and LibÃ©ration.

At the WEF Davos ‚only‘ 130 world leaders checked into Foursquare. The WEF provided a free Foursquare branded page but no costly badges.

Matthias suggests that all companies should claim their places in services such as Foursquare, Google Places, Facebook Places etc. Visitors do take action, e.g. they look for driving instructions and photos of local sites.

Out of 39 Davos hotels only 1 cooperated on Facebook places. They obviously don’t need this additional channel at this point in time. During the WEF they are fully booked no matter what…

Participants book WEF sessions via local kiosks or mobile devices. 15% of the participants used the mobile applications this year. That was quite a success. Also a publicly available application was built about content around Davos.

The mobile phone has completely transformed the way the proceedings are published. Robert Scoble and other bloggers are around and publish live. 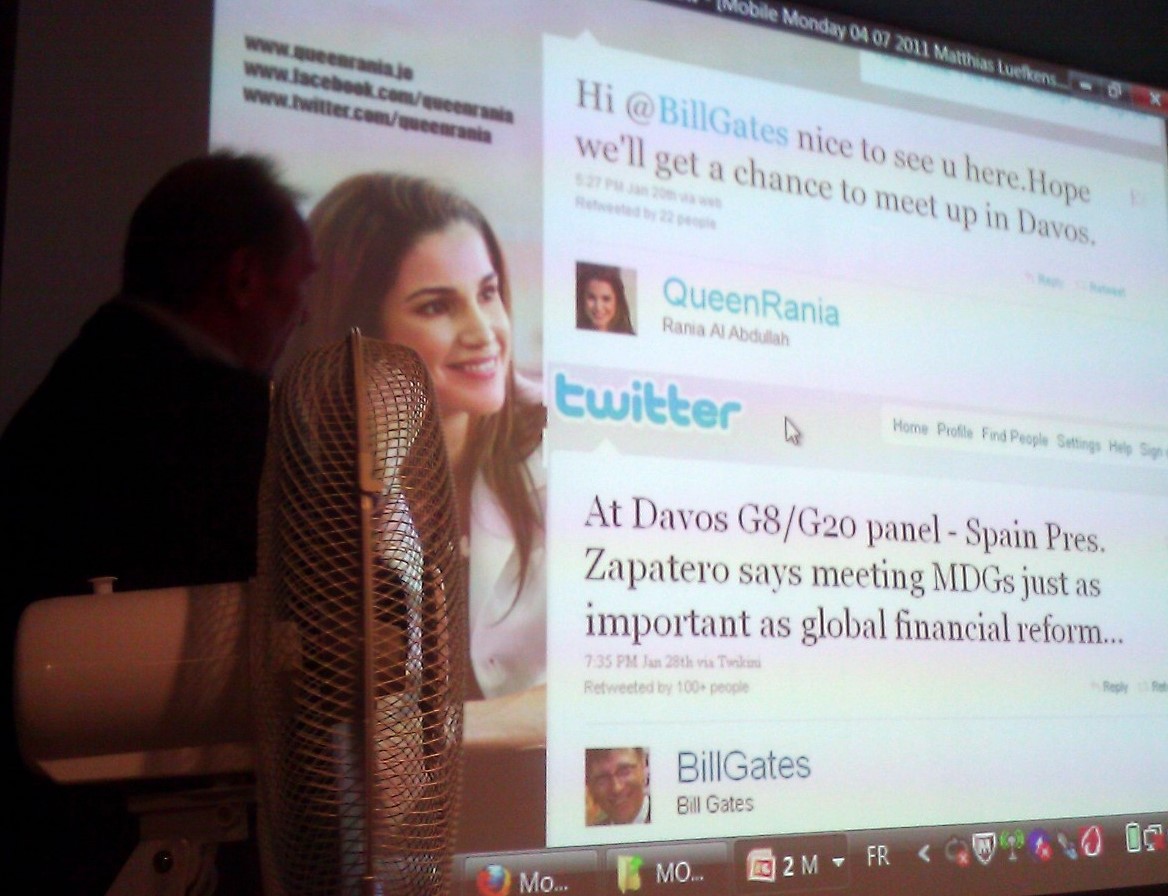